Shane ‘Shakey’ Byrne celebrated his first BSB win of the 2018 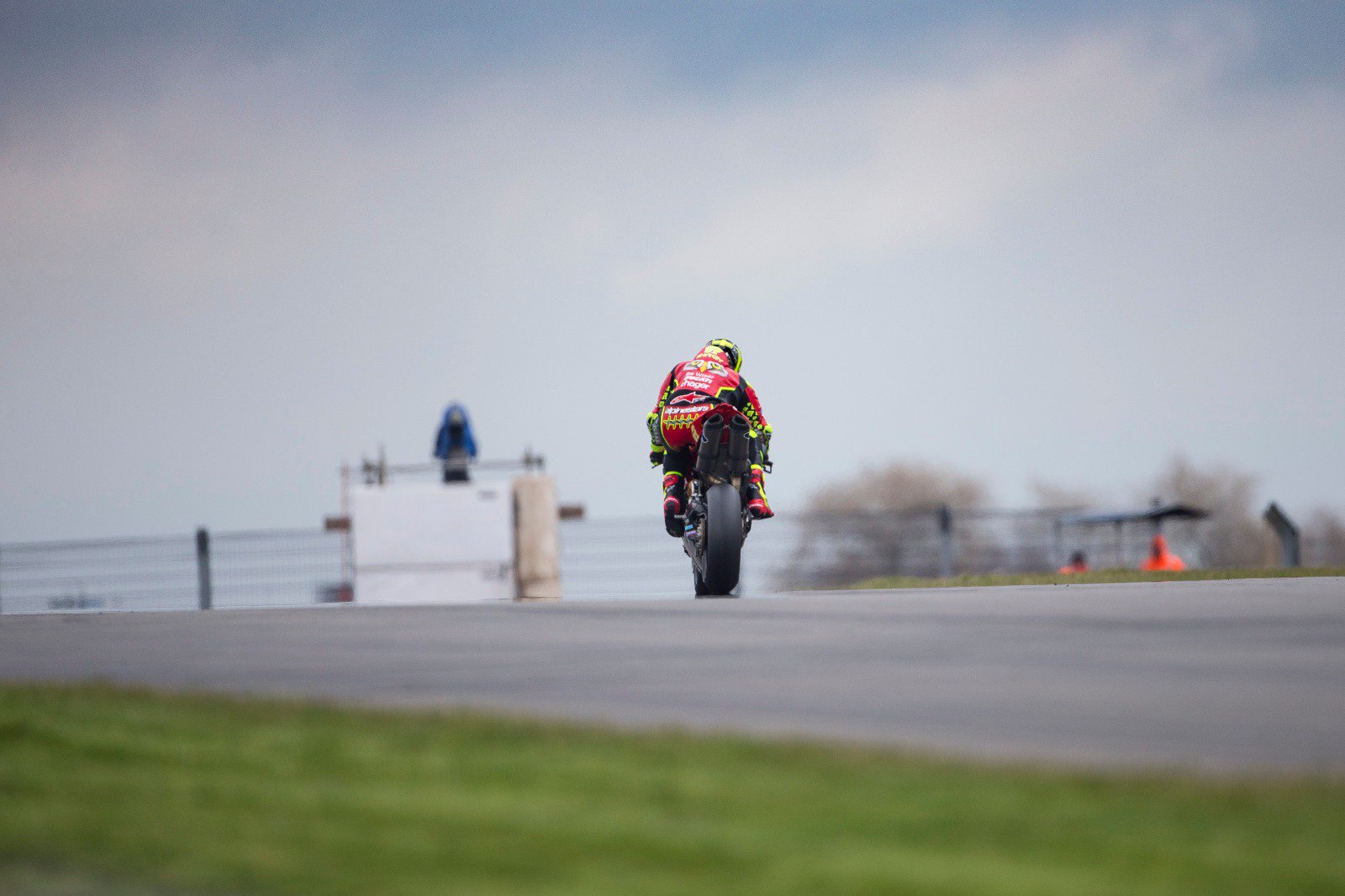 In the opening race BSB at Brands Hatch as the Be Wiser Ducati rider was able to capitalise on a mistake for Bradley Ray on the penultimate lap of the Indy circuit opener.

Ray produced a lightning start off the line to lead Byrne and Leon Haslam on the opening lap as the 20-year-old double race winner from Donington Park led the freight train of riders.

Ray and Byrne were soon edging ahead at the front of the pack as the local heroes battled for supremacy at the front of the field. Meanwhile Haslam in third place was coming under fire from the chasing trio of Jason O’Halloran, Christian Iddon and Michael Laverty who had been locked in a grudge match to close the gap to the JG Speedfit Kawasaki rider.

O’Halloran was able to make a decisive move to edge into third place and the Honda Racing contender was able to hold off a counter attack from Haslam in the closing stages with Iddon completing the top five for Tyco BMW.

Jake Dixon moved his way up the order to sixth position, just ahead of Glenn Irwin and Michael Laverty, who dropped to eighth in the closing stages of the race with Tommy Bridewell and Peter Hickman in the battle to complete the top ten.

BSB: Ray launches to pole position ahead of home race at Brands Hatch